Yvette opens new centre for The Well Project in Normanton 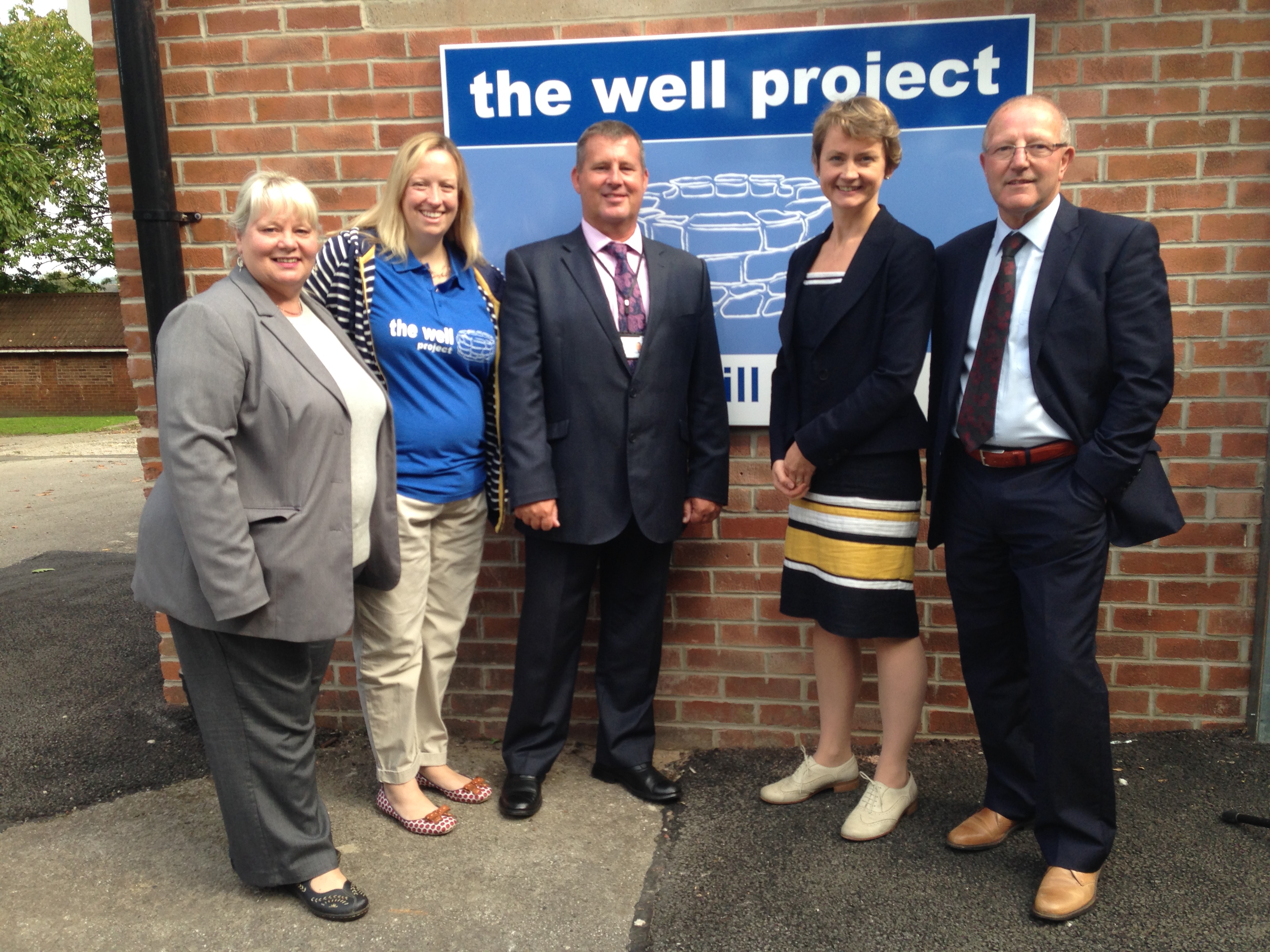 Local MP Yvette Cooper has opened the new facilities for "The Well Project" at Haw Hill Park in Normanton alongside staff, the public and representatives of Interserve, the company that donated time to renovating the new facilities.

The new community centre, a formerly derelict building at Haw Hill in Normanton was transformed into a thriving local community centre by Interserve and its local partners after Wakefield Council, Normanton Town Council and The Well Project approached the company for support in 2013.

After six months of work involving local people, Interserve and The Well Project staff – the community centre, know as The Well @ Haw Hill Park – which also features a clothing bank and a new Trussell Trust food bank, is now open.

“The Well Project has been delivering fantastic youth facilities for Normanton for years and I’m honoured to have been able to officially open the fantastic new facilities alongside staff, supportive partners and most importantly the children who’ll be using the centre.

“Jenny and the staff who run services are really passionate about our area and it’s great that Interserve have stepped in and helped to renovate the centre so that young people have a great new space to come to.”

“Our aim is to see over 5,000 people benefit from this project. The new centre will allow us to expand the support we offer the community, from children to mothers and toddlers, and for pensioners and unemployed people, alongside the existing Well at Woodhouse, which will remain open. To have these two centres, as well the food and clothes banks, means we can offer even more support to the wider community of Normanton.”

Jason Kelly, Chair of the Board of Trustees added:

“Without the support of Wakefield Metropolitan District Council, Normanton Town Council and West Yorkshire Police this project could never have happened. However, it has been the drive, energy and hard work of Interserve which has transformed these buildings, for which we are incredibly grateful. A big thank you must also go to the many members of the local community who helped put up shelves, paint walls and collect food, among other jobs.”