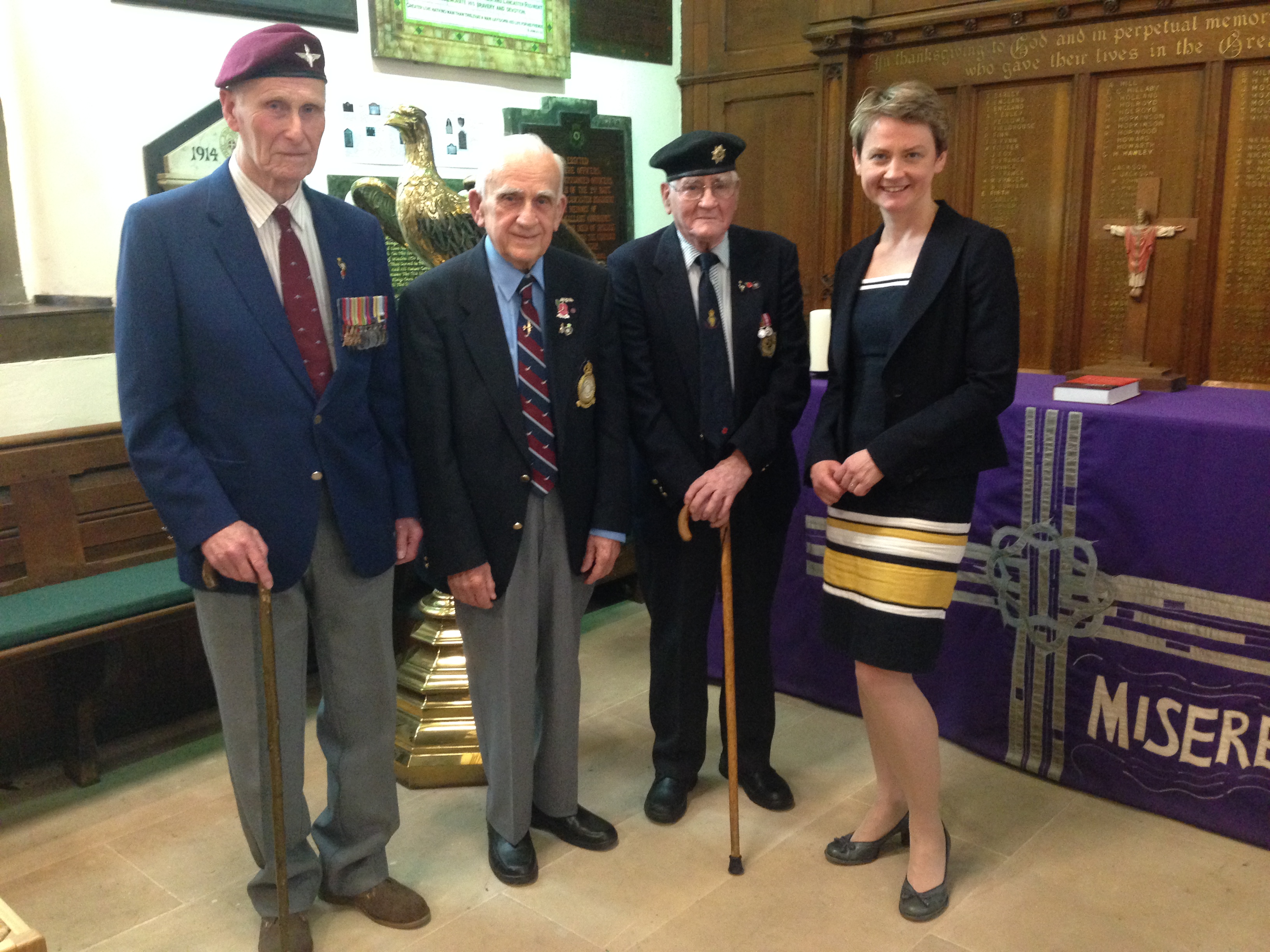 On the 70th anniversary of D-Day local MP Yvette Cooper met with World War Two veterans to hear their stories and to promote a new scheme to help veterans make commemorative visits to the areas where they served.

The Heroes Return scheme, run by the National Lottery, helps veterans of World War Two to make commemorative visits by granting them between £165 and £8140 for them and a spouse or carer to cover accommodation and travel costs.

Over 57,000 veterans have already taken advantage of the scheme across the country but no one from our area has used it yet.

“Our country owes so much to people like Geoff Towers who flew 40 missions as part of bomber command, Ken Stephenson who served in Italy and Greece or Frank Smithey who arrived in Normandy three days after D-Day and crossed all the way to the Rhine with the Royal Engineers.

“It was an honour to share their stories and mark the 70th anniversary of D-day remembering everyone who fought and died for our freedom.

“The Heroes Return scheme is a fantastic opportunity for people to make those commemorative visits to pay their own tributes. The only criteria is that someone actively served during the war, and I’d encourage anyone who is eligible to get in touch directly with the organisers or to contact my office and we can help make enquiries.”

Further details of the scheme can be found at www.biglotteryfund.org.uk/heroesreturn or by calling our Heroes Return helpline 0845 0000 121.