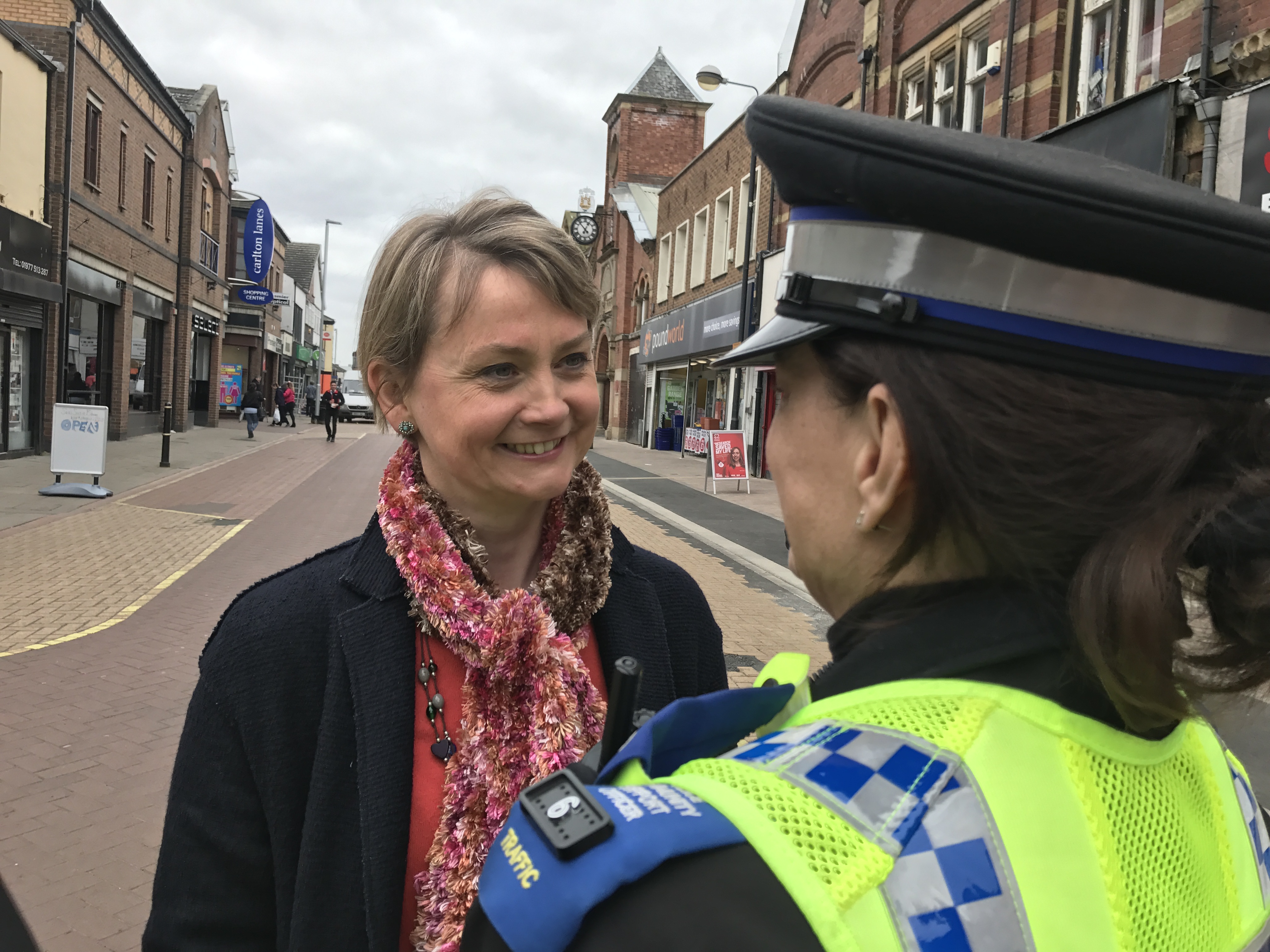 New figures from the Office of National Statistics show that crime in the Wakefield area has increased sharply in the last twelve months, with even bigger increases in violent crime.

* Total recorded crime is up 16% since last year

* Violence against the person is up 33% since last year

* Robberies have increased by 49% since last year

Local MP Yvette Cooper is calling for an urgent increase in police funding for West Yorkshire, and an immediate increase in officers in the Five Towns.

Yvette Cooper, the MP for Normanton, Pontefract and Castleford, said:

“These figures are shocking. I have been warning the Government for years that their deep cuts to policing would have dangerous consequences. Now we are seeing the results. We urgently need more police in West Yorkshire and in our towns.

“For violent crime to rise by a third in a year, while robberies and weapon possession rise by nearly a half is really serious. Our towns have always had much lower levels of crime than the big cities, but in the last twelve months violent crime is has gone up everywhere and there is no plan from the Government to sort it out.

“The police are completely overstretched. West Yorkshire has lost 750 officers since 2010 due to Tory cuts and round here we’ve lost nearly half of our neighbourhood officers. Too many crimes aren’t even being investigated as a result.

“We desperately need more police back on the beat and I’m calling for more officers  for our towns. Without major additional investment for policing, there will be dire consequences for public safety in our communities.

“We also need a serious plan from the Home Office to tackle violent crime. The Government’s response to rising crime is far too weak and simply doesn’t match the scale of the problem”.

Yvette is calling on the Home Secretary to urgently increase the number of police in West Yorkshire and across the country and to set out a proper plan to cut violent crime. She has also written to West Yorkshire Police calling on them to put more officers and PCSOs into the Five Towns.