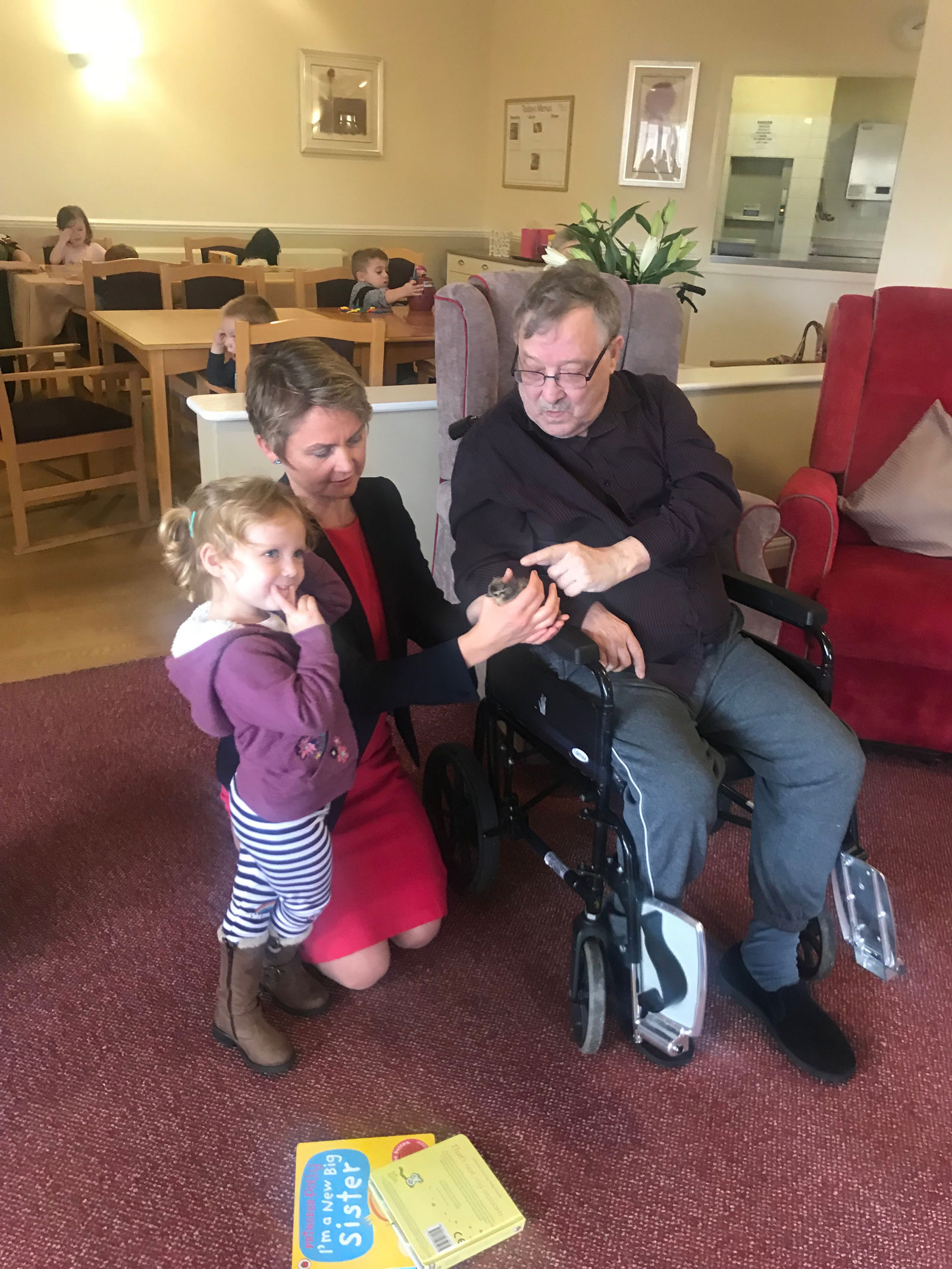 Baby chicks are at the heart of a new pioneering project from Castleford's Manor Park Care home and Unicorn Nursery to combat loneliness by getting little children and elderly residents to rear chickens together.

Baby chicks are at the heart of a new pioneering project from Castleford's Manor Park Care home and Unicorn Nursery to combat loneliness by getting little children and elderly residents to rear chickens together.

Visiting the project on Friday, Yvette Cooper, MP for Normanton, Pontefract and Castleford, praised the project and said other care homes and nurseries should do the same.

The project, which has seen elderly and frail residents in the care home receive regular visits from the nursery children as they work together to incubate and hatch chickens, was only meant to last 3 weeks. However, those involved enjoyed the scheme so much, they have decided to develop a garden between the nursery and the care home so they can keep the six chickens long term, rather than giving them away as originally intended.

A recent study showed that loneliness can be as bad for your health as a long term illness, such as diabetes or high blood pressure. Over 9 million people in the UK say that they are always or often lonely.

“This is a brilliant scheme. You've got 3 year olds and 83 year olds stroking the baby chicks and having a great time together. It is a fun and innovative way of bringing different generations together and teaching children a bit more about nature.

“It is also an important way of combating loneliness, which we know affects so many, particularly those older people who may struggle to get out and about.

“The nursery manager told me the children love it and are growing in confidence. And the care home manager said it was great for the residents. The children and residents weren't just looking after the chicks together, they were reading stories together, playing Ludo together, singing songs and generally enjoying the whole thing. As one manager put it, "they bring a truckload of sunshine into the home."

“It was great to see how much fun the nursery children and elderly residents were having together. They have clearly developed deep bonds and I’m glad they have decided to carry on even though the project has finished. I hope this inspires other organisations to think about how they might also work together to make sure no one in our community is left isolated.”

“Tackling loneliness was one of the things my friend Jo Cox was passionate about. Seeing our clinical commissioning group trialling schemes like these is a testimony to all those who have put this issue on the agenda. I'm going to promote this scheme now to the Jo Cox Foundation so they can spread the word for other areas to follow too.