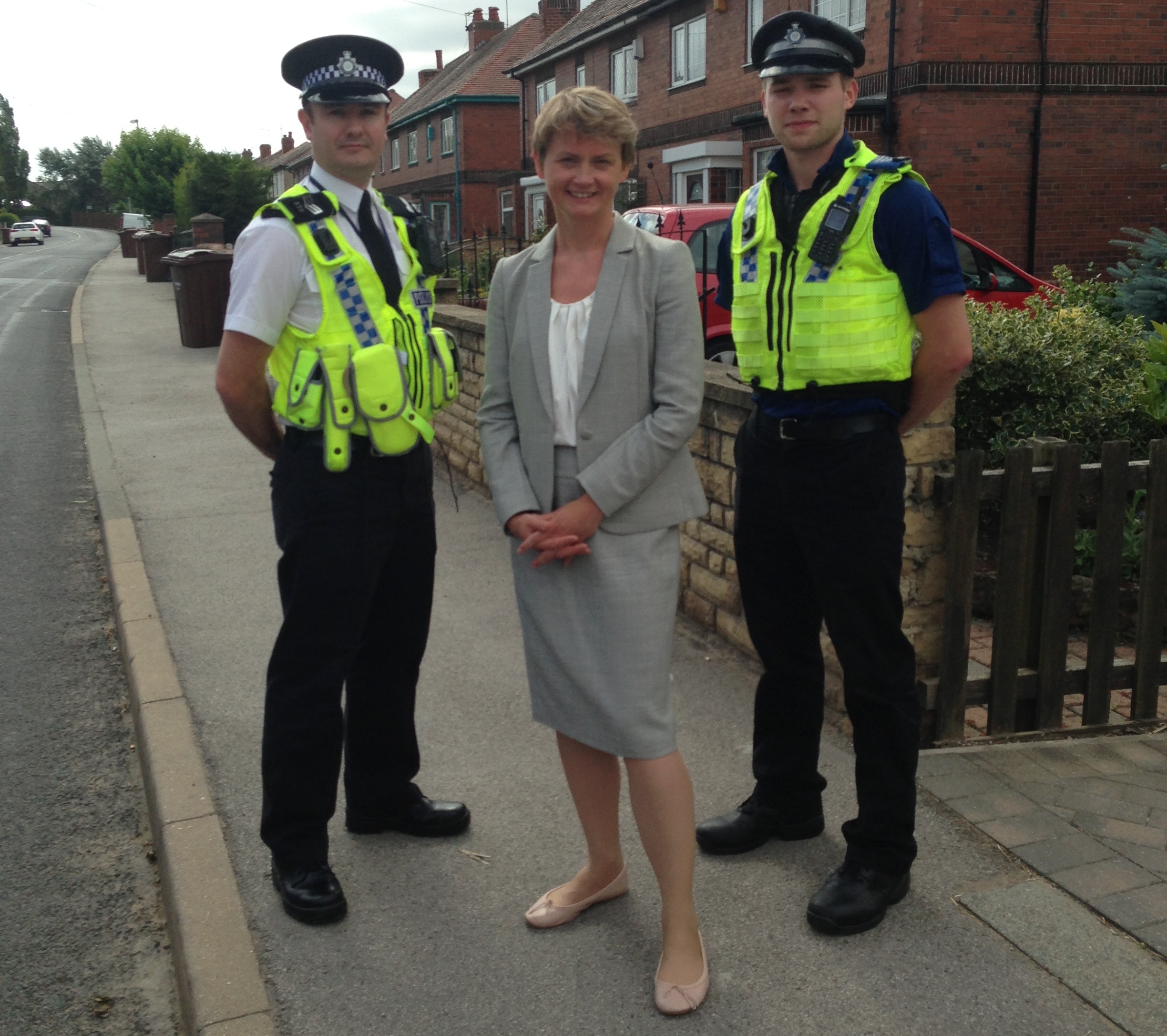 Officers from Knottingley Neighbourhood Policing Team and local MP Yvette Cooper met residents in Wormersley Road in Knottingley as part of the work to cut burglaries and prevent crime in the area.

Crime in the area has fallen as a result of close work between the police, Neighbourhood Watch and local businesses. Officers and the MP knocked on doors in the area to find out from residents their current concerns and see what further action the community and police could take.

“The work the police and Neighbourhood Watch have done has been very impressive - and its made a real difference cutting crime in the area.

"These kind of street surgeries and knocking on doors also mean the police really know the local community. This shows why good neighbourhood policing and keeping police on the streets is so important."