Rally for Future of Kellingley 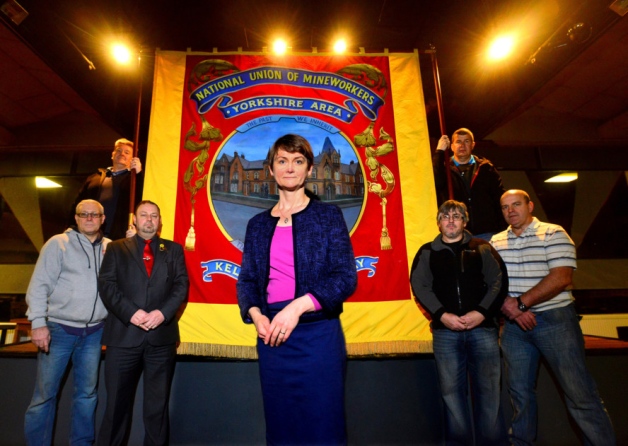 Knottingley MP Yvette Cooper is joining miners and union officials in calling for local people to show their support for Kellingley Colliery in a special rally from 1pm in Knottingley on January 31st.

The mine is under threat of closure after UK Coal suffered a catastrophic fire at one of their other mines two years ago. A deal was done late last year to keep it open until the end of 2015 and plans have now been submitted for Government support that would see that extended to 2018. But the Government has been dragging its feet and refusing to look at ways to keep the pit open.

“It’s 30 years this year since the end of the Strike, but round here people haven’t forgotten the fight to keep our pits open.

“Well now our last mine is threatened, and if the Government doesn’t act fast it will be too late. The cost of keeping Kellingley open is going up week after week yet the Government is just dragging its feet trying to kill off the pit by stealth. If they’d done a proper deal for Kellingley when we first called for action, the investment need would be a fraction of what is needed now to close the face-gap.

“That’s why we need urgent action now before it is too late, and before the major redundancies in April. The Government should be working with UK Coal, private investors, the power companies and Europe to get a package in place including state aid to keep the pit open.”

“We’ve always stood together in the past when times have been tough and I know we’ll do the same now to show our support to our miners and their families.”