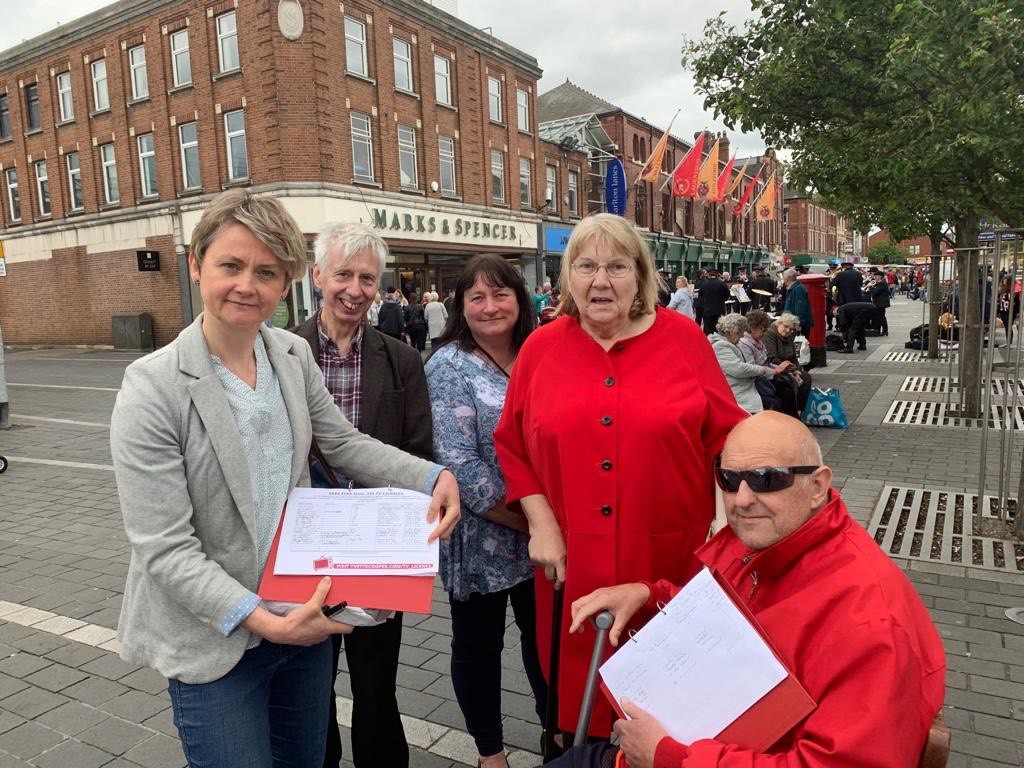 The MP is supporting the campaign by the Wakefield Express to defend the pensioners TV licence after the new licence fee arrangement transferred responsibility for it to the BBC, and the BBC announced it would only be continued for people on Pension Credit.

“It’s completely unfair to take away the free TV licence. The Government seems to think it’s OK for pensioners to pay if they aren’t on pension credit. But lots of pensioners round here only have a small work pension or widows pension and the TV licence makes a real difference.

“We took the petition round Pontefract and Castleford town centres and everyone wanted to sign it. People feel really strongly that this is unfair. The Wakefield Express are completely right to be campaigning so hard.

“The new Prime Minister claimed the free TV licence would stay. He’s got the power now to make sure that happens so he needs to sort it out fast.” 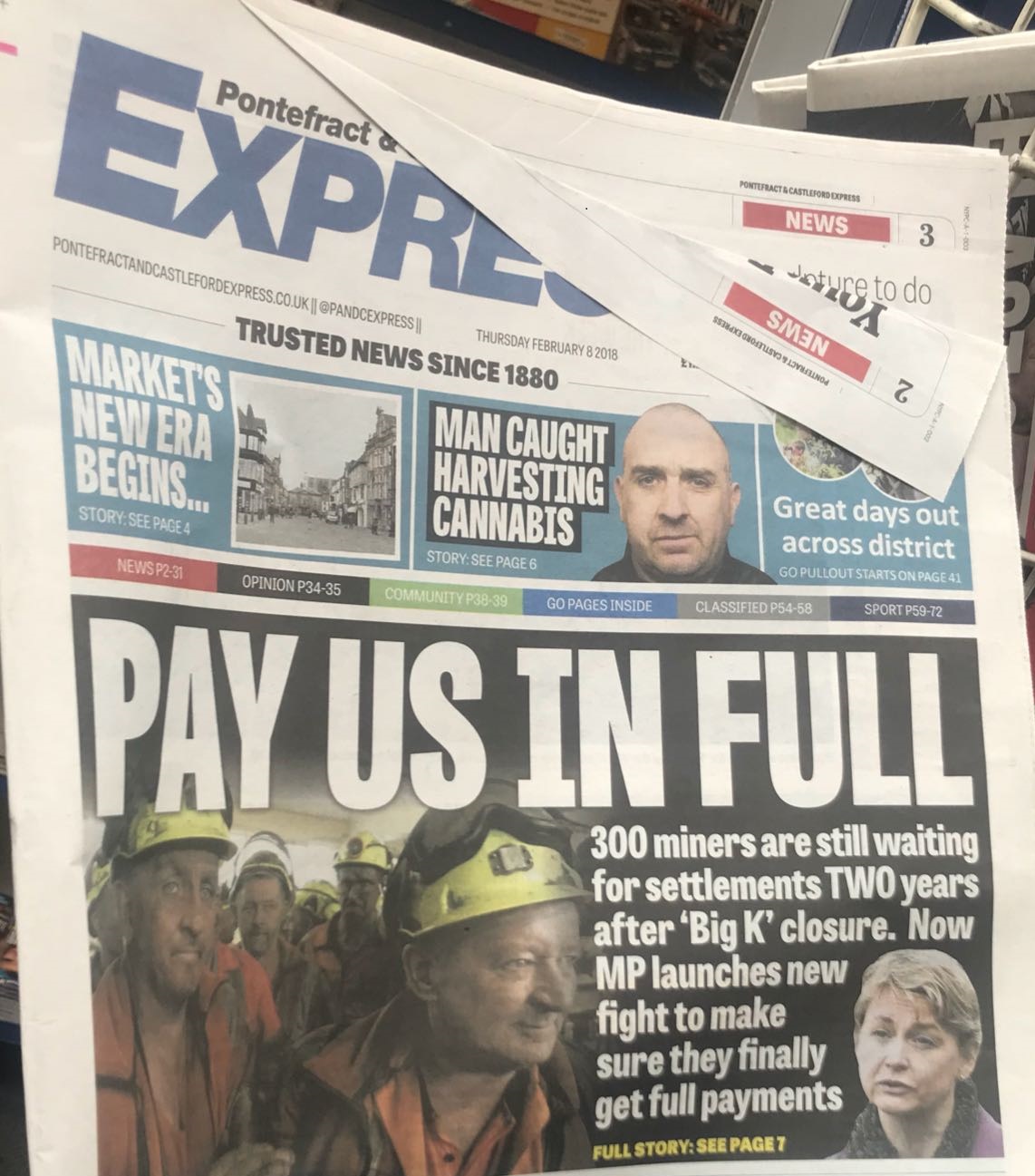 Almost 300 former miners, staff and surface workers are currently being denied a final payment despite a court ruling that payments were owed and despite the fact that all the Thoresby workers received the payment when Thoresby closed at a similar time.

The Conservative Government has tried repeatedly to block final payments to the Kellingley workforce - including the last miners at Britain's last deep mine colliery. First they refused to give the workforce the same support as Thoresby, then they went to court to try to avoid paying out, and now they are trying to limit the number of people receiving a payment.

In August 2017 the National Union of Mineworkers (NUM) won a tribunal against UK Coal Kellingley Ltd entitling  the workforce to a final payment similar to that received by the Thoresby workforce because UK Coal failed to carry out proper consultation or explore alternatives to keep the pits open when they closed in 2015.

The court agreed that the workforce had not been consulted and that they should be entitled to an extra payment.

Now all the unions have come together to call for the whole workforce to get support.

Yvette is backing all the unions campaign for their members and is calling  for a meeting with the Energy Minister to demand that everyone gets a payout.

"Time and again this Conservative Government has tried to block support for Yorkshire miners. They gave the extra payments to the Thoresby workforce without a murmur, but they've resisted help for Kellingley every step of the way. I backed the NUM who rightly fought to get these payments in the first place and it's thanks to them that the first payments have been made. Now I'm backing the GMB rightly fighting to get the same payments to the rest of the workforce too.

Everyone knows that the consultation  by UK Coal and the Government over the closure of Kellingley and Thoresby pits was a sham - and we also know they never properly looked at the investment options that could have kept Kellingley open for longer.

The Government failed to support the pit and now is failing the workforce - it's outrageous. That's why I'm demanding a meeting with the Energy Minister and campaigning with the unions to get the whole workforce the support they deserve.” 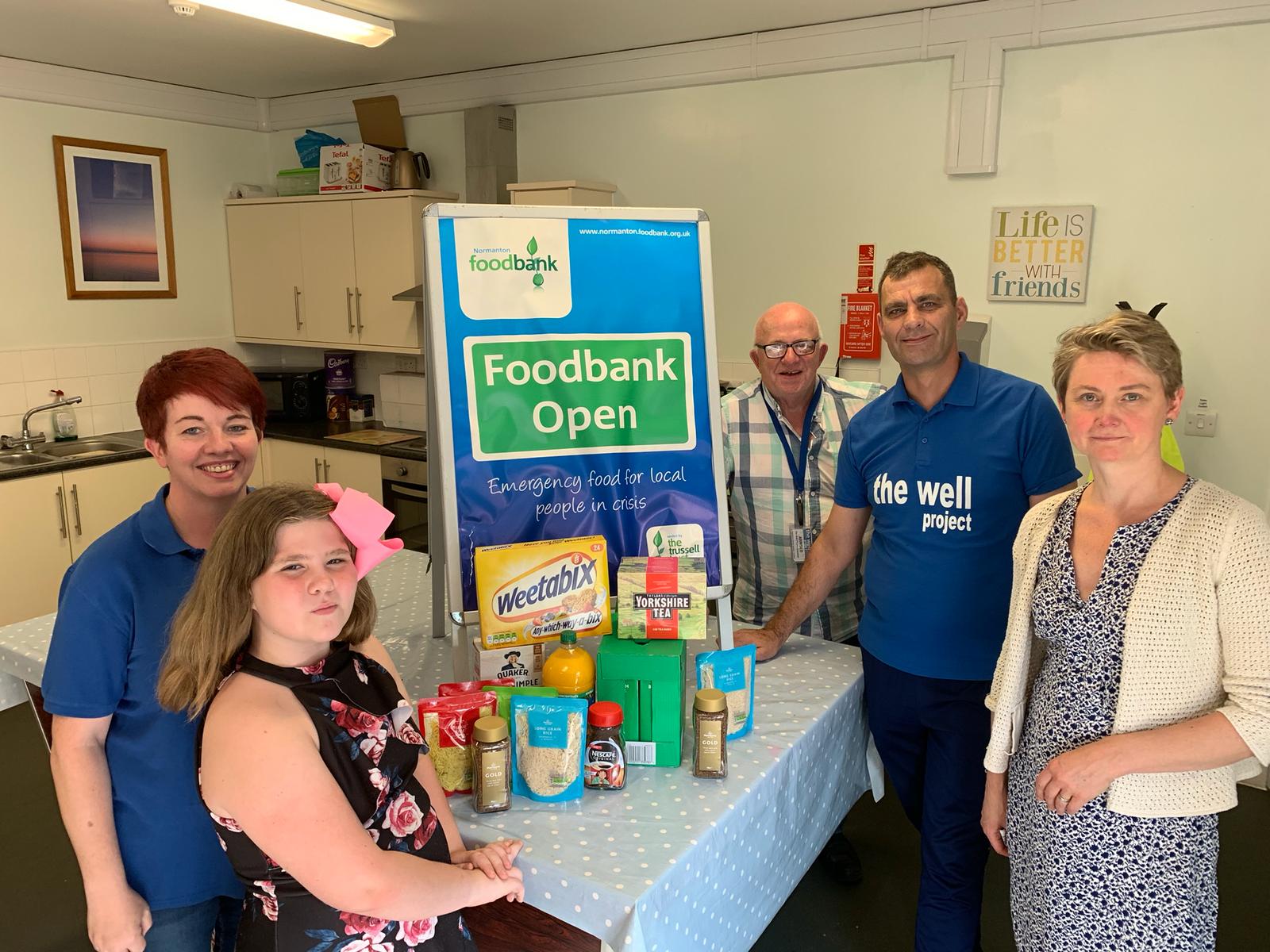 Yvette Cooper has worked with trade unions to secure £5,000 from the T.U.U.T Charitable Trust to distribute to local food banks in the five towns.

Nearly a third of children in the five towns are growing up in poverty, and almost 5000 local people in Normanton, Pontefract and Castleford received emergency food supplies from food banks between April 2018 and March 2019.

The money is being used to support families across the area, including to provide extra help during the summer holidays when many children have been going hungry because they don’t have school meals and their parents are overstretched. Yvette has been working with projects like the Well Project in Normanton which runs a Trussell Trust food bank at Haw Hill Park.

Yvette said: “Families round here are really struggling due to rising food bills and the nightmare of Universal Credit. The pressure on families is even greater over the summer holidays when school meals stop for kids and I’ve spoken to mums who are going without food themselves to make sure their kids stay fed. Local charities and volunteers are doing their best to help and it is very welcome that the T.U.U.T Charitable Trust has provided some extra money for summer support, but it is disgraceful that in the 21st century children are going hungry during the school holidays. This is the direct result of Tory policies and yet Boris Johnson is still promising tax cuts for the richest 10% of people and doing nothing for overstretched families in our towns.”

Michelle Newton from the Well Project said: “It’s unfair that families are facing these pressures but thank you to everyone who has been donating food and items and to all of the volunteers who do such an incredible job to support local families.”

Campaigning to stop Nursery closing this summer has paid off.

Great relief at Harewood Centre Nursery School that all our campaigning to stop it closing this summer has paid off. The Government is cutting the budget for maintained nurseries like Harewood,...

Why I Can’t Support the Prime Minister’s Brexit Deal

What a mess. The Prime Minister’s deal has lost support from all sides. For me a blindfold Brexit deal where we know so little about the future security and economic...

The proposed extension to Rudd Quarry in Altofts should be stopped. It is far too close to Altofts primary school and the objections in terms of dust, noise, flooding and...