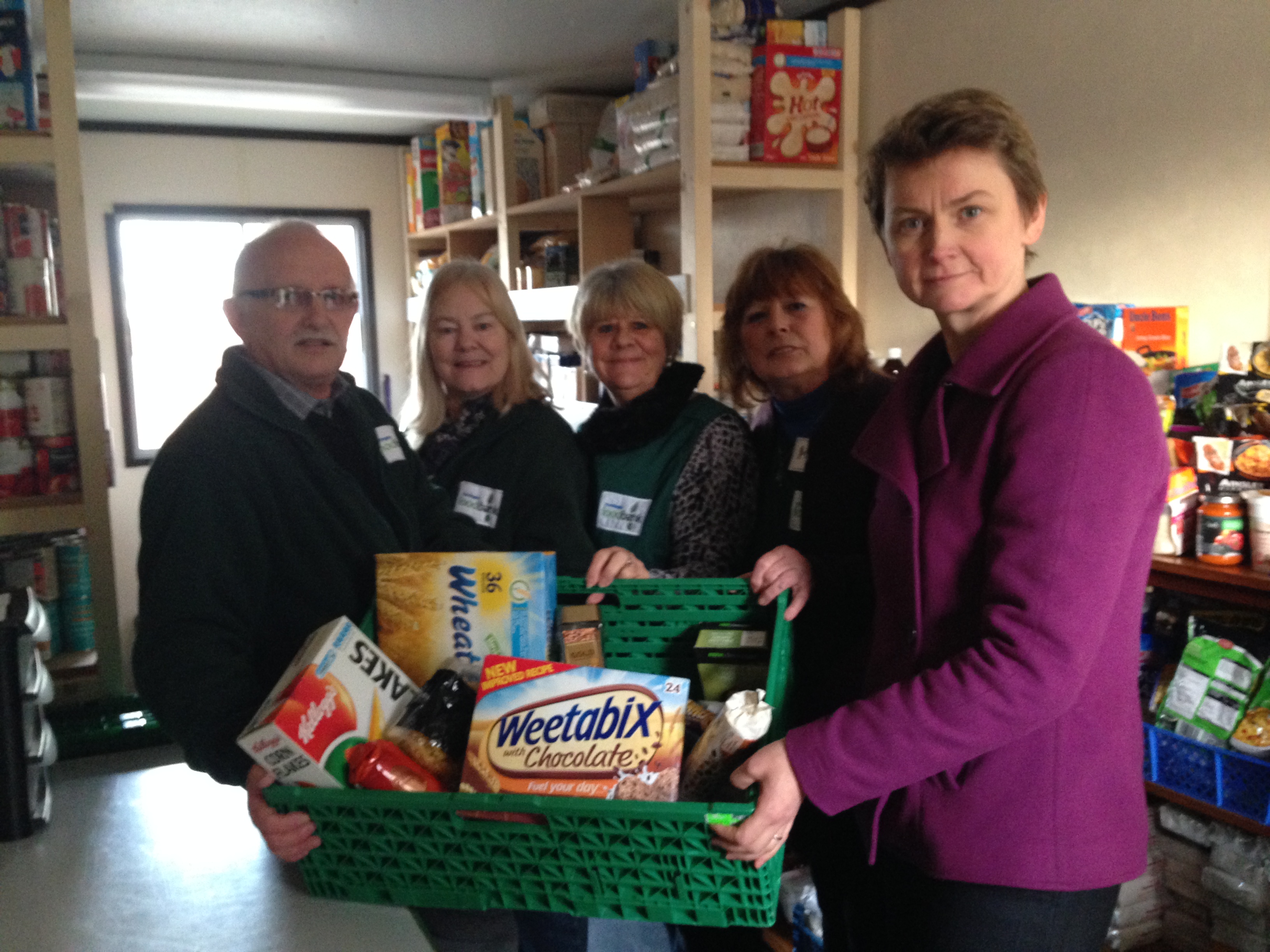 A new Food bank that recently opened in Knottingley has helped over 100 people with emergency parcels of food within the first two months.

Families hit by the cost of living crisis who cannot afford their weekly food have been referred to the Food Bank by local doctors, housing workers, children's centres, schools and social workers.

The food bank, based at the Elim Pentecostal Church and supported by local churches and the Trussell Trust charity, gives out emergency food parcels to people who are struggling to afford the cost of food themselves.

Members of the public who face problems with their food bills can ask Wakefield Council, WDH, their GP or children's centre for a referral to the Food Bank, or can turn up at the Church and be given an assessment there. Families are eligible for three food parcels in a six month period.

Yvette visited the site in Knottingley and said:

“The work the Knottingley volunteers are doing is vital. Too many people round here are now going hungry because of the Government's cost of living crisis.

"It's hard to believe that in the 21st century we seem to be going back to Victorian times with people suffering from hunger and cold because they can't pay their bills.

"The volunteers told me that many people they see have been hit by the bedroom tax, and they've seen disabled families, homeless young people, and working families too. Prices keep going up, but wages just fall further and further behind. That's why families are falling into debt and needing help.

"I hope people will keep on supporting the Food Banks as they are doing a brilliant job. But the Government has caused a lot of this - and they should take action to stop people going hungry in the first place.