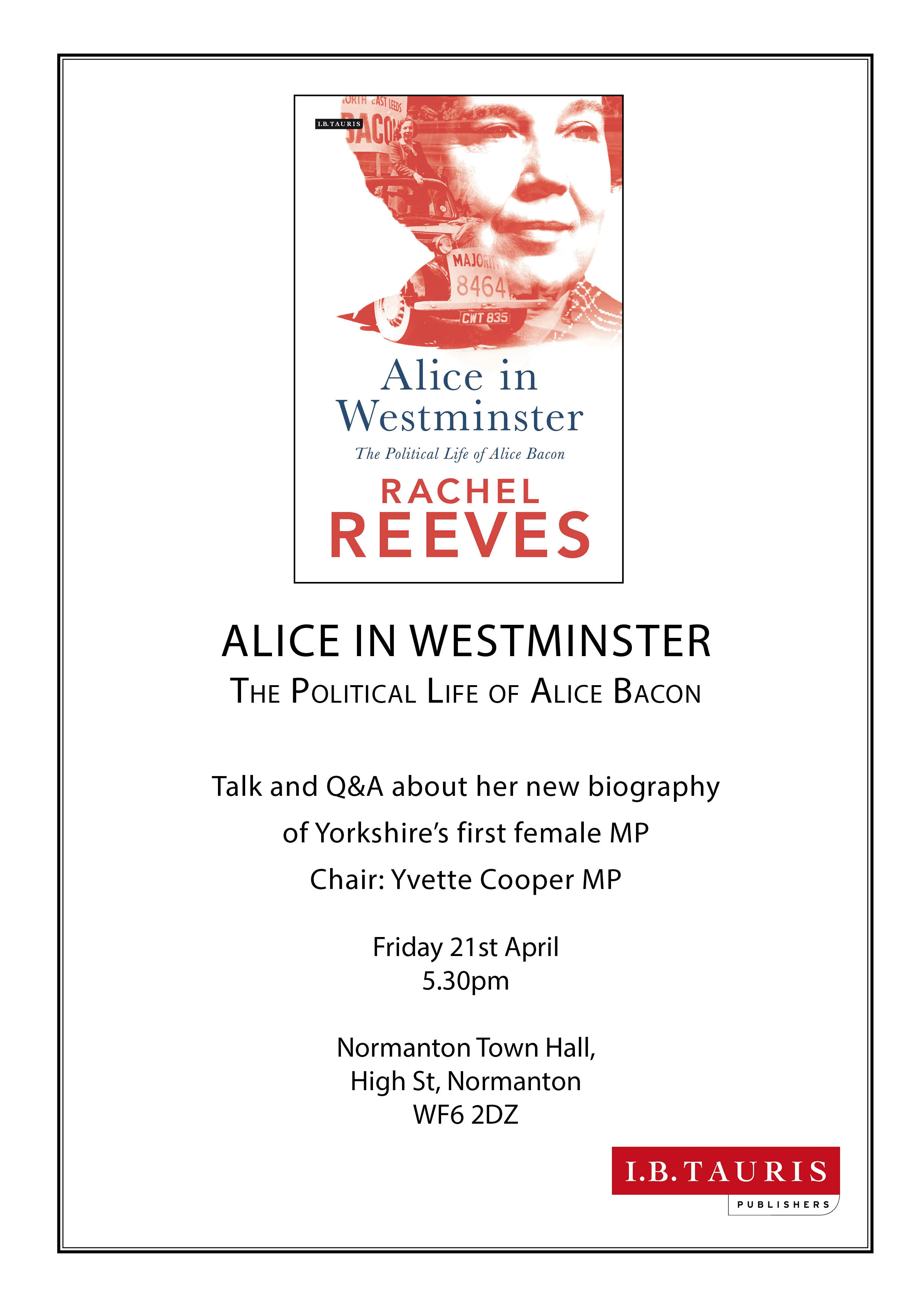 I’m writing to invite you to an event about Alice Bacon, famous daughter of Normanton with Rachel Reeves MP on the 21st April at 5:30pm at Normanton Town hall. Alice was Yorkshire's joint first woman MP elected in 1945. Born in Normanton Alice is an important part of our local history. Rachel has recently published a Biography on Alice.

Alice Bacon was born in Normanton, the daughter of a coal miner. Alice was the first woman to be elected as an MP for Leeds, even now, Rachel Reeves is only the second Woman MP to represent Leeds.

Alice Bacon was a close ally of Hugh Gaitskell, serving on Labour’s NEC for close to thirty years, she served as a deputy Home Office Minister in Harold Wilson’s Government overseeing some great liberal reforms such as the decriminalisation of homosexuality, the legalisation of abortion, and the abolition of the death penalty.

Please RSVP so we know how many people to expect.